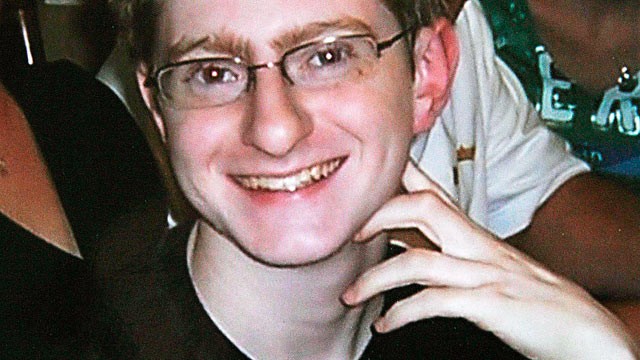 Ian Parker’s piece for The New Yorker on Tyler Clementi’s suicide — and the legal aftermath — is a must-read for anyone who is ever going to discuss recent gay teen suicides. It’s so hard not to use buzz words like “bully” and “epidemic” that have previously been attached to these stories, but Parker’s story focuses almost exclusively on Clementi and makes no attempt to incorporate it into a wider social “trend.” As it shouldn’t. There are many, many things that teenagers do because they see other teens doing it. But suicide is not one of them.

I mentioned Clementi in my most popular (and, in some ways, least popular) entry “It Doesn’t Get That Much Better,” following the Jonah Mowry debacle (which, predictably, has been all but forgotten already). I didn’t know much about him. I do now. Back then, he was one of several familiar names being tossed around in the news (Jamey Rodemayer being another), and I, like many, had some misinformation about his death. First of all, I am grateful to Parker and The New Yorker for taking time to clear up the facts, and for giving the story — and Clementi — the individual attention they deserve.

Clementi’s death has become a part of that sensationalist topic “bullying” (which this piece acknowledges may be a misnomer). “The Story Of A Suicide” doesn’t spend a lot of time tackling this issue, but it does shed light on an interesting point — every single person who has ever committed suicide has been “bullied” at one point or another; so has every single person who has not committed suicide. Because “bullying” is a pretty broad term. Clementi, a freshman at Rutgers at the time of his death, was not “bullied” in the classic sense (at least, it does not seem so from this article). What happened to him was quite unique and specific, and raises a lot of moral quandaries when it comes to bringing someone, if anyone, to “justice.”

(Read Ian Parker’s “The Story Of A Suicide.”)

Here are a few random thoughts I had after reading the article:

1) My feelings on whether or not Dharun Ravi deserves prosecution for his actions wavered greatly. In a sense, he was just being a regular college freshman, and he’s not a despicable, loathsome person all around. He’s very average. A certain side of me wants him made an example of, to force others to think more about taking similar actions, while another side of me thinks the punishment wouldn’t fit the crime. I can identify with him, to an extent. We’ve all said things in private, probably in instant message conversations, that we didn’t quite mean and would be mortified to find made public as Ravi’s private conversations now are. But ultimately, he did go too far, and further than most would, with that last “viewing party.” And the ensuing cover-up, rather than taking responsibility, makes it even worse. I don’t think Ravi’s actions were all that malicious, just thoughtless. But of course, it’s not okay to carelessly belittle and exploit someone else just to confirm your establishment in a popular majority. It’s been done for ages, but it’s not okay. Ravi may need to be one of few to learn this lesson the hard way.

2) It’s not necessarily clear that Clementi’s suicide had anything to do with Ravi’s actions. But maybe that doesn’t matter. For all the depth and insight Parker’s piece gives us into so many private conversations, we are kept at such a distance in the section that discusses Clementi’s actual suicide. It makes for a frustrating reading experience, but of course, there’s no way to know what was going through Clementi’s head. Suicide is a very private act. Occasionally someone makes a cry for help beforehand, but most often, they don’t. In IM conversation, and in his appearance to others, Clementi seemed pretty fine about what happened. It’s only in delving into a few of his actions — like frequent postings on bulletin boards and seeking help from an RA — that seem to indicate how confused he was, looking for some kind of guidance. You can’t exactly hang Clementi’s death on Ravi, or anyone else, for that matter; there had to be a lot more going on inside him, and it doesn’t seem like he shared it with anyone. A lot of people don’t. If Dharun Ravi looked down on his roommate for being gay and poor, being depressed and crazy and suicidal sure wouldn’t have made life any easier. Perceived weakness is what “bullies” pick up on, and there’s about nothing weaker than someone who’s on the brink of killing himself. A cry for help won’t win you any friends; pity, maybe, but no love. It’s only once you really die that people start caring.

3) Isn’t it interesting that we are privy to these conversations at all? A couple decades ago, such clear records of so many conversations likely wouldn’t exist. This piece really points out how much of our lives are documented by the internet, and how there is a greater record of what we do than ever before. It’s a little scary to think how the words we use online can be captured and used against us; especially since it’s impossible to convey tone, particularly when proper punctuation and complete sentences are often ignored in favor of IM lingo. We’re capable of being colder and more detached online than we are in person — probably crueler, too. There may be records of what we said, but I don’t think they’re necessarily records of what we felt. They are just words, and so much of what’s behind them doesn’t come through. Yet they can be damning.

4) Yes, bullying sucks, but it had nothing to with Tyler Clementi. A few too many deaths have been used for their headlines, allowing people to stand on soap boxes, jump on bandwagons, and feel outrage; outrage is a fine response, but only when you have the facts. (We very infrequently have the facts.) We can never really know what someone like Tyler Clementi was thinking of when he jumped off the George Washington bridge, but I’d be willing to wager that it was something pretty personal, and not a grand, sweeping statement that lumped him in with a bunch of other depressed gay teenagers. Being suicidal is incredibly isolating, and it’s nearly impossible to identify with anyone else or believe that anyone else feels what you are feeling. It can’t be seen as an “epidemic,” no matter how many times it happens. It’s good that people have noticed, but it doesn’t make each individual case any less distinct or personal. The disconnect between how Clementi seemed, behaved — more or less “fine” — and how he obviously felt is disturbing, as it is in so many similar cases.

It should serve as a reminder that we never quite know what’s going on inside someone else; they could be at the breaking point. We’d never know.

Perhaps we’d be wisest to always assume, with everyone, that they are.