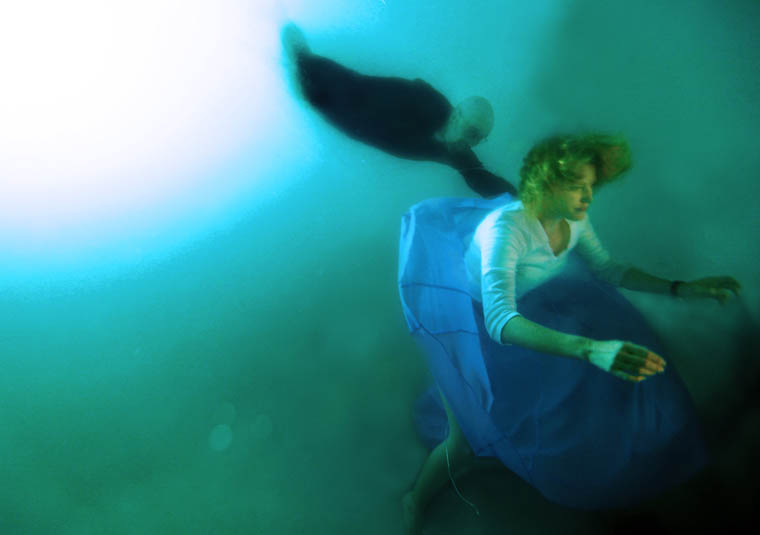 Ever since this season’s premiere, in which a flash-forward brought us to Walt’s 52nd birthday (explained by some helpful bacon), Breaking Bad‘s rather insane timeline has been brought into focus. The series started with Walt’s fiftieth birthday, and in the year since, Walt has been diagnosed with cancer, gone into remission, lost his job, fathered a child, learned how to manufacture crystal meth, caused a plane crash, purchased a car wash, directly and indirectly caused the deaths of numerous people, become separated from and then reconciled with his wife (and lost her again, sorta), climbed his way up to the top of ladder (for now) in Albuquerque’s drug trade, and, oh… the list goes on. We’ve had four seasons and four years’ worth of rich material, but for the Whites, it’s been a mere 365 days. To me, this seems ludicrous. Could I buy that it’s been two years? Sure. But one? It’s a tough pill to swallow. But never mind.

“Fifty-One” kicks off with more car-related madness, as Walt once again spoils his son (and himself, this time) with a pair of flashy new rides. He sells his current sensible SUV for the low, low price of fifty bucks — probably not coincidentally, also his age at this moment — prompting Walter Jr. to ask, “Dad? Are you crazy?” (Oh, kid, you have no idea.) Only this time around, Skyler is too timid to demand that he take it back, showing us just how far we’ve come since last season. (I would say Walt’s exhibiting signs of a midlife crisis, but I really don’t believe he’ll make it to 102. Or even much past 52, at this rate.)

At least Breaking Bad acknowledges this wackiness, as Marie says “It seems longer!” when Walt waxes poetic about the “dark days” he’s faced over the last year. (There’s also a nice nod to the numerical bacon at the White family breakfast table.) But then sad sack Skyler decides to dampen everyone’s spirits (literally) by submerging herself in the swimming pool in a faux-suicide attempt, giving Hank and Marie further reason to worry about her mental health. (And resulting in another moment of Walt shittiness, as he again pretends she’s just wracked with guilt for sleeping with Ted.) And who, really, can blame Skyler for preferring to take a dip here than sift through more of Walt’s bullshit as Hank and Marie are unknowingly doing when he plays the stalwart survivor?

Whether intentionally or not, “Fifty-One” echoes last season’s episode “Cornered,” in which Walt and Skyler had it out about Walt Jr.’s attention-grabbing birthday gift (a mistake he repeats here), in which he regrettably freaks Skyler out by screaming, “I am the danger!” (which she reminds him of here), and in which Skyler tells him she needs to “protect this family from the man who protects this family” (which is her M.O. here). Despite a few enduring lines of dialogue, “Cornered” was my least favorite episode of Season Four because it too obviously spelled out elements of the show I thought were better left understated (and also because of Walt’s outrageously reckless behavior, which by now is just a given). At first it seems “Fifty-One” might repeat the sins of “Cornered,” because now, finally, Walt and Skyler have it out again in another bedroom confrontation. Except “Fifty-One” takes that conversation in a few surprising directions, rather than just hitting the beats we’ve already intuited.

Ultimately, this is a good thing, because while Skyler being a big ol’ wet (again, literally) blanket this season makes sense considering what she’s going through, it isn’t nearly as fun to watch as it was when she was Season Four’s wily bad girl. (Except when she tells Marie to shut up.) We’ve seen too much of Skyler staring off into space while Walt unwittingly creeps her out, and with her exasperated swim here (which I liked), I was worried Breaking Bad might turn into an episodic “what kooky behavior will Skyler engage in this week?” kind of show. Instead, it seems that Walt and Skyler’s airing of dirty laundry in “Fifty-One” reaches a turning point, meaning that Skyler’s “cries for help” are over.

Here, husband and wife go tete-a-tete with the threats — Walt tells Skyler he’ll have her committed, Skyler claims she’ll cry domestic abuse — trying to out-manipulate each other. Walt wins, partly because of his devious “magic,” but also because Skyler already made her bed by becoming an accomplice in all this and now she’s simply not in a very good position to negotiate her way out. So “Fifty-One” is pretty explicit that the Whites’ marriage is over — not on paper, but in terms of love, honor, and obedience — in all the ways that matter. There’s no way they’re coming back from the kind of nastiness displayed here, where Skyler plays her one trump card — she says she’s waiting for the cancer to come back. That’s one killer Walt can’t just blow up — and he knows it.

So Skyler effectively rains on Walt’s parade. Walt is otherwise surprisingly jolly throughout most of “Fifty-One,” glibly reminding everyone of his birthday and guiltlessly making Skyler follow his special requests for all the celebratory trappings of the occasion. He even makes a point of showing off Jesse’s gift to Skyler, stating that Jesse eventually came around to not wanting to kill him. (Leaving out the part about how he had to deceive Jesse in order to make this happen — and that Jesse probably would kill him now if he knew the truth.) It’s already been made clear that Walt is the new Big Bad, but this episode visualizes it as he dons his Heisenberg hat and seems to be wearing it even when he’s not wearing it, if you know what I mean. He’s increasingly despicable because, not only has he resorted to all kinds of unsavory behavior when the situation calls for it, now he’s actually getting off on being a badass. A part of him is proud that his wife is scared shitless of him. What a prince.

“Fifty-One” is a rather unpleasant hour, which maybe isn’t surprising, because now that Walt isn’t up against Gus or any other reprehensible villains, we’re stuck following the most unscrupulous guy on the block. I’m not complaining — I liked “Fifty-One” more than last week’s episode “Hazard Pay” — but I do wonder if lightness is a thing of the past on Breaking Bad now that we’re approaching the series finale. (Already we’re halfway through this half-season.)

When the season began, our glimpse of Walt’s mysterious 52nd birthday seemed like a scene from another show entirely, but in “Fifty-One” we’re already starting to understand how he gets to that lonely, desperate place. Walt seems pretty distinctly miserable a year from now, and also seems to be on his own — so maybe Skyler’s plans to escape with the kids come about after all. Maybe she gets her wish about the return of Walt’s cancer. (Another fun parallel — in the flash-forward, we see Walt taking ownership of a car that’s markedly less glamorous than the one he buys here.)

In this episode, it feels like the end is upon us as Walt and Skyler’s misery reaches the point of no return and we see further evidence that Hank & co. have their eye on all the key players except Walt himself. Walt even sounds confident that his meth “train” will stay on track, while we the audience certainly have our doubts that it’ll be such a smooth passage.

“Fifty-One” nicely brings Hank and Marie back into the fold (MIA for much of this season) and even gives Walt Jr. a little something to do. It ends on an ominous closeup of the watch Jesse gives Walt — the sound of gun being cocked as the minute hand reaches 60? I didn’t get a chance to find any connection to the title “Fifty-One,” but given how Vince Gilligan likes to embed clues of what’s to come in his episode titles, it wouldn’t surprise me if there was one. It was also good to see the perpetually-nervous Lydia again (she must be the world’s worst poker player). “Fifty-One” is absolutely a character piece rather than an episode that moves the plot forward — nothing monumental happens, but the time we spend with these characters is what makes the bigger moments pay off all the more.

So now we know — we have exactly one year to go until… well, something happens. Is this the beginning of the end? Has the countdown to Walt’s “explosion” (foreshadowed when Mike called him a “time bomb”) begun? Is Skyler going to get her way in the end?

Who knows? As Breaking Bad has adeptly depicted, a lot can happen in a year.