Bradley Cooper first became a household name in The Hangover, and ever since, has almost exclusively played jerks. He’s good at that. I’m not even sure the characters are written as jerks, but somehow, Cooper always manages to play them that way.

Cooper first came to my attention, though, as a supporting player on Alias. He didn’t often have much to do on the show, but I always liked him because he was vulnerable and charming and all the things Bradley Cooper isn’t, really, in his movies. I’ve always suspected he had more charisma than the movies he’s in were letting on, and it turns out, I was right.

If there’s any justice in the world (which there often isn’t, when it comes to Oscars), Bradley Cooper will get a Best Actor nod for his role in Silver Linings Playbook. And I even kinda think he should win (if only because Daniel Day-Lewis’ Lincoln is just too predictably astounding).

That Silver Linings Playbook is such an offbeat movie shouldn’t surprise anyone familiar with the director’s work ― Spanking The Monkey and I Heart Huckabees amongst the titles. But David O. Russell captured the mainstream’s attention with The Fighter (which he didn’t write), and it seemed like he might be angling for a similarly widespread appeal with Silver Linings Playbook (which he did write).

That’s only kind of true. Silver Linings Playbook has many elements that mainstream audiences can enjoy ― a touching romance, broad family comedy, familiar stars. If I were to describe the plot, parts of it would sound sickeningly saccharine and oh-so-predictable. Case in point: the climax comes down to both a dance competition and a big football game. In its broadest strokes, Silver Linings Playbook is as conventional as they come. But as written and directed by David O. Russell, few scenes play out the way you’d expect in a more paint-by-numbers movie; this Playbook zigs when you think it’ll zag. I know the trailer makes it look awfully trite, but trust me. In my mind, Silver Linings Playbook is one of the brightest and sharpest character studies of the year.

Bradley Cooper plays Pat, recently released from nine months in the cuckoo’s nest. He returns home and, gradually, we realize his parents aren’t the most stable people, either ― superstitious father Pat Sr. has major OCD, his mother Dolores is a kooky doormat (albeit a chipper one fond of baking “homemades”). Dad’s played by Robert De Niro, his best performance in ages; Mom’s performed by Animal Kingdom Oscar nominee Jacki Weaver, who I adore. We’ve seen characters like these before, yet both performers bring just enough of an element of surprise that they feel fresh and lively.

The screenplay is smart enough to let us feel uneasy around Pat. He’s been taken out of the hospital against his doctor’s advice; his delusions about getting back with his estranged wife are actually creepy. (She cheated on him, sending him on that downward spiral in the first place.) Pat has a few outbursts that leave us unnerved. We sense he could blow at any second. We’re not sure whether or not to trust him or fear his downfall. But as played by Cooper, he’s also a good-hearted guy we can see trying his best against some emotional instability that isn’t really his fault. In short, he’s human. 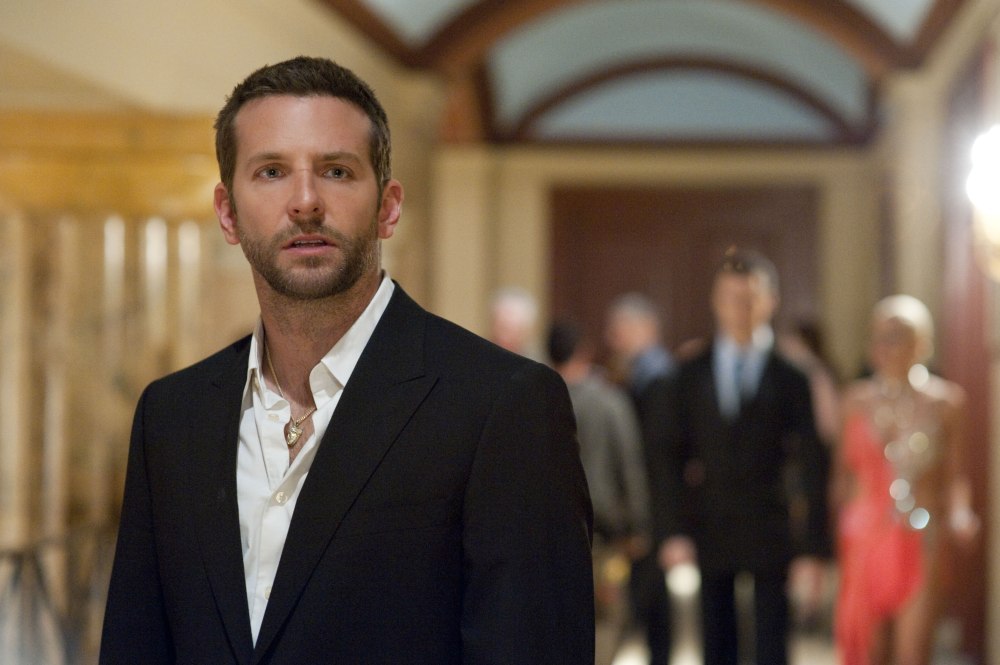 The real story begins once Pat shows up for a dinner with friends (Julia Stiles and John Ortiz) and meets Tiffany (Jennifer Lawrence), who’s in the midst of a crisis of her own. Her cop husband has just been killed on the job, and she’s settled into a deep depression that occasionally leads her to behave in a sexually aggressive manner. The two bond over which meds they’ve taken in a terrifically awkward dinner scene. Like Pat, we’re not sure we can exactly trust Tiffany ― we only gradually warm up to these characters, who are prickly at first. In the meantime, they’re still awfully compelling.

What follows is a story that, on paper, sounds as bad as anything in Valentine’s Day ― filled with the kind of deceptions and misunderstandings that make us groan in a standard romantic comedy. But in Silver Linings Playbook, nothing that happens feels dictated by the wishes of a screenwriter (or, worse, the studio); these are actually choices we believe these characters would make, even (or especially) when they’re ill-advised. Unlike most romantic comedies (a genre I wouldn’t place Silver Linings Playbook in, despite some familiar tropes), the final act has several moments of genuine suspense. And even though the story generally goes about where you think it will, the detours it makes along the way are unpredictable and refreshing. 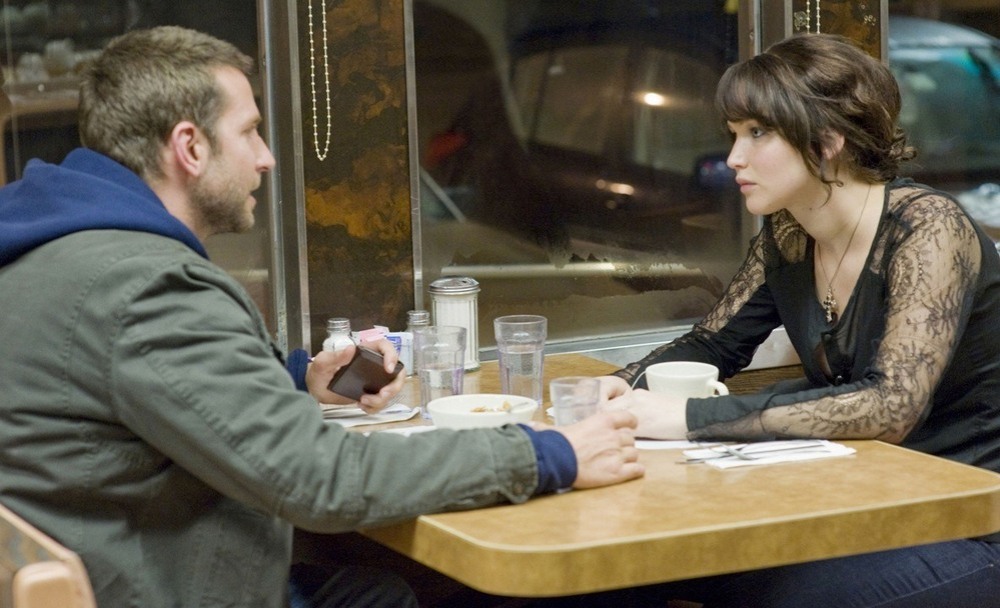 The direction in Silver Linings Playbook is unconventional itself, with a rough-around-the-edges quality that probably makes it feel more daring than it is. It’s not a particularly edgy story, but it has that anything-could-happen aura of a good indie. Best of all, it makes no apologies for its protagonists’ flaws, and both have plenty ― few studio movies would allow their romantic leads to be so warts-and-all for so long. There are no false, obvious bids for likability. You take these ones as they come.

Jennifer Lawrence is the Oscar favorite here ― paired with favorable reviews for her performance in The Hunger Games, she almost certainly will be nominated (and has a decent shot at a win). If he’s nominated, Bradley Cooper will face off against Daniel Day-Lewis’ Lincoln and isn’t likely to emerge victorious; perhaps Robert De Niro will repeat The Fighter’s success in the Supporting Actor category, though. It’s also the kind of feel-good movie that could be a major Best Picture contender, and hopefully will.

Certainly it’s one of my favorite films of the year, a movie I had almost zero problems with. (I’m not sure Chris Tucker’s character adds anything, but let’s not nitpick here.) I only wish more movies were made like this ― if every filmmaker could find this balance between fresh and formulaic.

Then again, maybe just this one is enough.