(Originally posted on JustinPlusSix on November 8.) 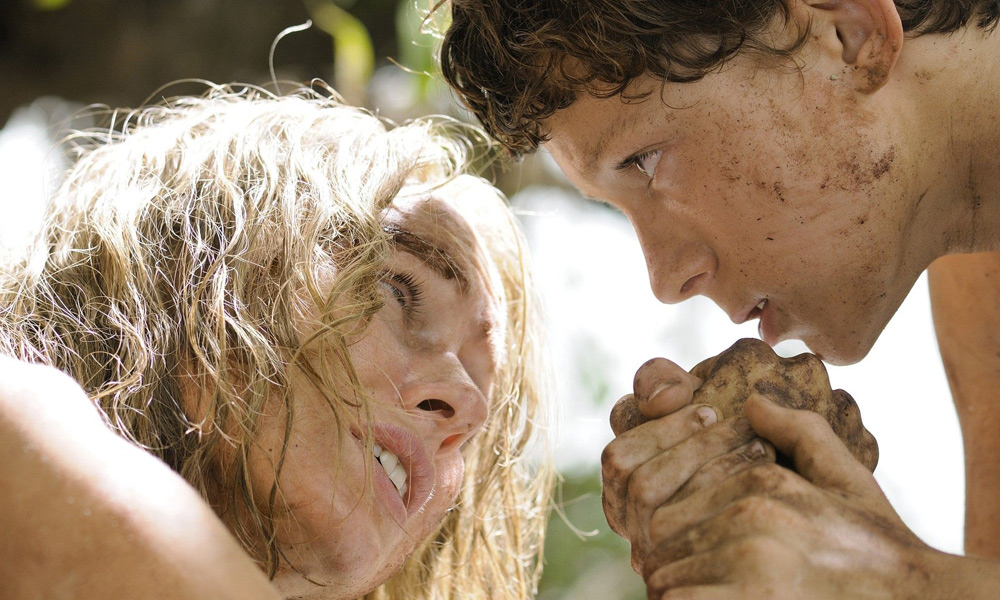 In the time since I wrote my review of Cloud Atlas last week, we’ve had Hurricane Sandy, Halloween, and we re-elected Barack Obama. (I know Sandy was technically more than a week ago, but I wrote my review beforehand.)

I wasn’t in New York for the hurricane this year, but I was there last August for Irene, so I know what the buildup was like, even though the aftermath of Sandy was much more severe. Probably at least half of my friends, in life and on Facebook, are in the New York area, so I was getting a constant stream of information about it the same way I was providing that stream last year. Truthfully, it made me miss New York, because it was emblematic of what makes New York such an amazing place to live in the first place. Anyone who’s spent more than a few weeks in the city knows that it’s not an easy place to live. As Madonna says, it’s not for pussies. Obviously a hurricane is a somewhat extreme event, but New Yorkers deal with extreme all the time. There’s a sense of pride in that city, not just during a hurricane but every day, that we’re all in this together.

What does all this have to do with movies? Well, this weekend I happened to see a screening of The Impossible at the AFI Film Festival. It’s one of the films I’ve been most excited about ever since I saw the trailer, though if you haven’t seen the trailer, I’m not sure I’d urge you to watch it. I think it gives too much away, both on a story level and as far as spectacle is concerned. In fact, the only reason I’m even writing about it now, instead of holding off for the release date, is because the timing with Sandy was just too topical to ignore. 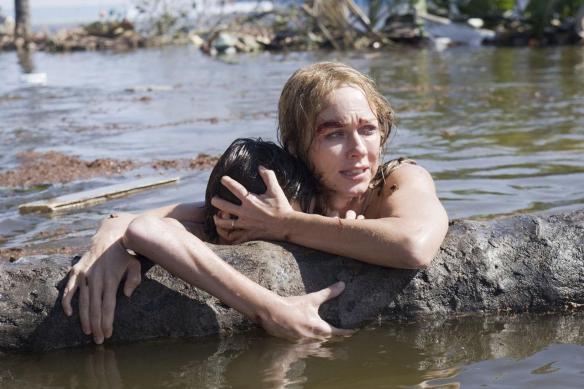 The Impossible stars Ewan McGregor and Naomi Watts as a married couple vacationing in Thailand during Christmas of 2004. Does that mean anything to you? Maybe not. That’s when a humongous tsunami rose and killed 230,000 people. (Sidenote: isn’t it strange that they name hurricanes, but not tsunamis, even though tsunamis can be much more deadly?)

I remember hearing about this tsunami, of course, but I never learned much more about it… until now. The very idea of 230,000 killed by one event is mind-blowing. I’ve been deeply affected by events like 9/11, where “only” a few thousand were killed, and the Aurora shooting, where “only” 13 were. These are all horrible events in their own way, and very distinct from each other as far as how they happened. Naturally, our media latches onto events that happen in America and yet we are able to remain as ignorant as we want to be about a tsunami that kills 230,000 people in Thailand (and surrounding countries). In a way, it’s impossible for us to even imagine that kind of devastation, compared to 1,833 in Katrina. When you reach numbers like that, I’m not even sure that 230,000 dead is really “worse” than 1,833, because it’s impossible to fathom any of it. I’m not sure how many people have to die before our brain just shuts down and stops being able to compute the losses. The number 230,000 is so huge that I don’t even identify with it. It’s just… impossible.

That’s why The Impossible is such an apt title for the movie. It’s based on the true story of a family of five, and sticks fairly closely to the facts. (One major change — they were actually from Spain, not England as they are in the movie, a switch I have mixed feelings about. But making the movie with a Spanish cast for this budget would have been… um, impossible. You need bankable stars to get financing.) The Impossible isn’t like other disaster movies, like Twister or Dante’s Peak or The Day After Tomorrow. Those are works of fiction, and though we like to identify with the characters and think, “What if this really happened?”, but we know that even if it did, it wouldn’t go down the way it does in movies. The Impossible doesn’t have some hokey buildup; we don’t know any more than Henry, Maria, and their boys do. One minute, everything’s fine, and then a giant wave comes. It captures the true horror of the way disasters happen, suddenly, and with disbelief. They can hardly believe it’s even possible. 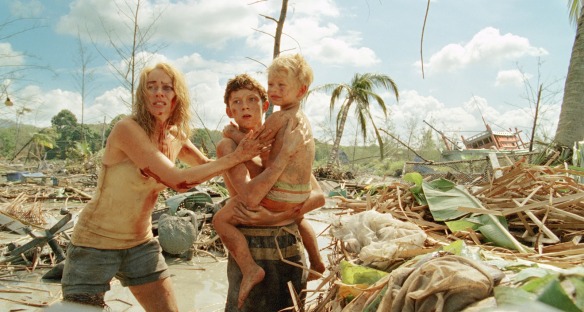 I’m going easy on plot description, because the film isn’t released until December 21, and won’t open wide until January. But I really liked this movie, and I expect a lot of others will, too. Of course, a story like this is going to be somewhat emotionally manipulative, and this one really straddles the line between intense realism and Hollywood cliche. The score, in particular, hams it up a bit.

But it’s also a terrifying and visceral film that plunges you right into what it’s like to be in the wake of a tsunami, at least as much as any movie can. The sound design and special effects are flawless; the fact that most of it was done practically with minimal CGI is all the more impressive. Unlike most disaster movies, this one doesn’t look fake. Because it isn’t fake. Naomi Watts was actually in a water tank, getting yanked this way and that. The injuries her character sustains are the same the real Maria had. The Impossible‘s best chance at an Oscar nomination is Naomi Watts for Best Actress; she’s put through the ringer here, and delivers at every turn in a way that few of her peers could. (But she’s always been good with intense performances.) Ewan McGregor is a little less showy, but he does have one “Oscar scene” that could easily secure him a Best Supporting Actor nod. And Tom Holland as the oldest son Lucas is good enough that he, too, just might be recognized. (And here’s a shout out to Oaklee Pendergast and Samuel Joslin, who round out the family.) 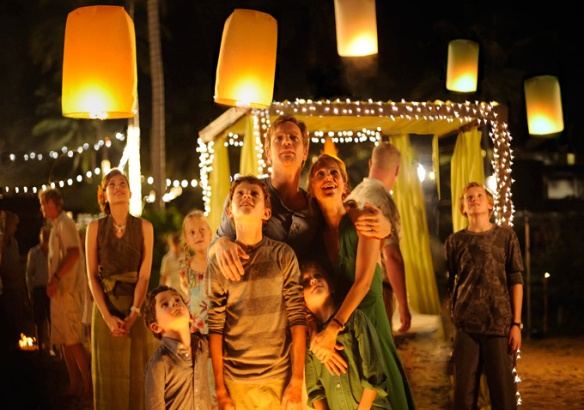 The difficulty in a film like this is that we primarily follow a Caucasian family that is luckier than many others, but The Impossible has just enough reminders that a whole lot of other people were devastated, too. Maybe in a perfect world, we’d be watching a big budget movie about Thai people who actually live here, rather than people who will leave once it’s over. But it’s pointless to complain about that. For the story this movie sets out to tell, The Impossible is both harrowing and heartfelt, a rare piece of entertainment capable of both pleasing crowds and satisfying those with a penchant for darker, more primal filmmaking. It takes a horrifying event that most of us have forgotten even happened, and probably never connected to the way we did with Katrina, and makes it emotional and personal, allowing many of us to connect with this tragedy for this first time. (Fun, right?) It has more in common with the second half of Titanic than with any fictional disaster movie, which is another reason I think it could do well at the Oscars. Writer Sergio G. Sánchez and director Juan Antonio Bayona have crafted a film that is sure to rank highly amongst my favorites of the year, and it’s the rare movie that really needs to be seen in theaters to achieve its full impact.

But it’ll be worth it, I promise.