If you’re a happy, well-adjusted person, never go on a date with me. Just don’t.

I don’t mean because I, myself, am such a morose individual — I’m not. But my cinematic picks can be real downers.

I can’t help it! I like heavy-hitting dramas, acting tour-de-forces. I like walking out of a theater feeling devastated. Even on a date? Especially on a date.

Yeah, most people prefer lighter fare, particularly when there’s a potential love connection brewing. For me, the true test of romantic possibility is whether or not my date will see the new Lars Von Trier with me.

Clueless and Georgia Rule and The Kids Are All Right are all films I’ve recently watched on dates, and so are Blue Valentine and Cosmopolis. Guess which of these dates went well? Trick question — none of them did. But it’s hard to deny that certain films lift the spirits and work well as background noise while you’re making out, whereas other films make you want to return to your home immediately and have a good cry.

So, just in case you’re more adventurous in your date movie selections than the Average Joe, and you’re curious about a few titles, here are a few movies you should probably not watch when love is (maybe) in the air.

Few of David Cronenberg’s films are good date material. They tend to be offbeat and violent. Both are true of Cosmopolis, but beyond that, it’s one of the least audience-friendly, accessible films I’ve ever seen. (Intentionally.) It stars Robert Pattinson as Eric Packer, a Wall Street tycoon in the near future, whose business is collapsing for unspecified reasons but is much more concerned with getting a haircut on the particular day the film is set on. It’s quite a day in New York City — a rap star has died, the President is in town, and Occupy Wall Street-esque anarchists are causing quite a riot. Oh, and someone has threatened to kill young Eric.

An adaptation of Don DeLillo’s novel, the majority of Cosmopolis takes place inside Eric’s gigantic white limousine, but astoundingly, it’s not claustrophobic. The film is essentially a series of conversations between Eric and a lot of increasingly odd people — two consultants (Philip Nozuka and Jay Baruchel), a prostitute (Juliette Binoche), his wealthy socialite wife, who is reluctant to have sex with him (Sarah Gadon), one of his security officers, who he has sex with (Patricia McKenzie), and in the film’s most bizarrely compelling scene, his “chief of theory” (Samantha Morton).

Cosmopolis is off-putting right from the start. The dialogue is mannered, much of it incomprehensible. No one behaves much like a real person. It’s a heightened reality, much like Richard Kelly’s fascinating but flawed Southland Tales, and with some similarities to American Psycho, too. For awhile, all the weirdness is riveting, and once the film finds its rhythm (after the first few scenes), you might be able to get into its groove.

But then it lost me, at a very crucial, jarring turning point that is intended to shock. That it does, but for me, at least, it never recovered. The film’s final act primarily consists of one final discussion, a very, very long one with Paul Giamatti. It’s a tense sequence, since there’s gunplay involved, and yet it was here that the film tipped over from “surreal” to “unreal,” and thus, uninteresting. I can admire many aspects of Cosmopolis — Cronenberg’s smooth direction and the compelling, unique performances — but those final twenty minutes or so were just excruciating. It is recommended only for the very awkwardest of dates (though it might prompt a lively conversation afterward).

Do you like violence? I mean, really like it? Would you prefer a movie be nothing but blood spraying and bones breaking for the entirety of its running time? Well, the term “body count” doesn’t really apply to Gareth Evans’ Indonesian action film The Raid: Redemption, because it’d be just about impossible to count the number of bodies that pile up here. It makes Kill Bill look like Billy Elliot.

Not surprisingly, the story is simple. A SWAT team is trying to get to a murderous crime lord who lives at the top of a building he owns. Between them and him is an entire building full of tenants willing to sacrifice their lives to stop this team. (Seriously, there appear to be only two law-abiding citizens in the whole place.) Much like a video game, we watch the SWAT team ascend level by level, with many, many people on both sides of the fight dispatched along the way. There’s no actual redemption in The Raid: Redemption, just non-stop, relentless action. The brutality grows a bit wearying by the end, but the choreography is astounding and inventive. (No wonder it’s going to be remade in English.) It’s recommended only for action fans with a high threshold for violence, but if that’s what you want, you really could do no better than this.

As a date movie, however, I can’t recommend it. All that grisly gore and fighting can be a bit stomach-churning, and if you’re turned on after this movie, your paramour is likely to flee screaming from your domicile. 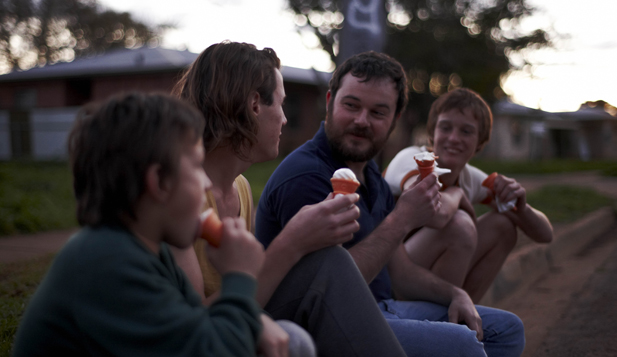 I’ve seen a lot of bleak movies, but I’m not exaggerating when I say The Snowtown Murders might be the bleakest I’ve ever seen. (It’s based on a true story, which makes it even worse.) Directed by Justin Kurzel and written by Shaun Grant, it’s the story behind the notorious 11 murders that happened in South Australia in the 90’s.

In addition to the titular murders, The Snowtown Murders contains such chipper subject matter as incest and pedophilia, and to be clear, this isn’t a pedophilia-incest double-whammy, such as a father molesting his daughter. These are entirely separate cases of pedophilia and incest. First there’s pedophilia, then there’s incest. Oh, and we also the graphic dissection and gutting of kangaroo, which was new to me. So, you know, make sure the kids are in bed before you put this one on.

Despite the title, it takes a long while for the murders to even get started, because the film fills in a lot of details of the characters’ squalid white trash lives. They’re not caricatures; none of this is played for laughs; nor are we meant to feel sorry for them. It’s an intriguing study of the way psychopathic individuals can manipulate those around them into going along with just about anything.

Our “hero” Jamie (Lucas Pittaway) lives with his brothers and single mother Elizabeth (Louise Harris). Jamie’s older half-brother Troy is the abusive alpha dog of the family until Elizabeth starts shacking up with John (Daniel Henshall), an affable guy who’s great with kids and just happens to secretly be a serial killer. Before we see him kill, though, he enlists the boys in revenge against one of Elizabeth’s former paramours, who took nude photos of the young boys and… well, that, at least, is left up to the imagination. The guy clearly deserves some punishment, given what he did to the boys, but the relish with which John tortures the man (and urges his victims to join in the “fun”) is disturbing even without any killing. But then the killing begins, and it’s even worse. There’s one extended torture/death sequence that’s particularly unsettling, both in the way its filmed as well as just on a narrative level. Add fratricide to the list of unnerving aspects of this movie.

The Snowtown Murders is a well-directed, well-written, well-acted film that’s almost impossible to enjoy. Like I said, I like dark movies, but this one was even a little too grim for me. Billed as “this year’s Animal Kingdom,” the two are alike on a surface level only. Animal Kingdom was a tense and tragic story of a family of killers, and also featured a soft-spoken teen character in the lead. But it was also operatic — like a Scorsese movie — and had some levity. But not one ray of light pervades The Snowtown Murders. And given the true crime inspiration, maybe it shouldn’t. But this is a date movie only if you truly hate the girl/guy you’re with, want to sabotage any remote possibility of a sexual encounter, a kiss, or even a hug at the end of the night. As soon as the credits roll, your date will want to leave immediately. 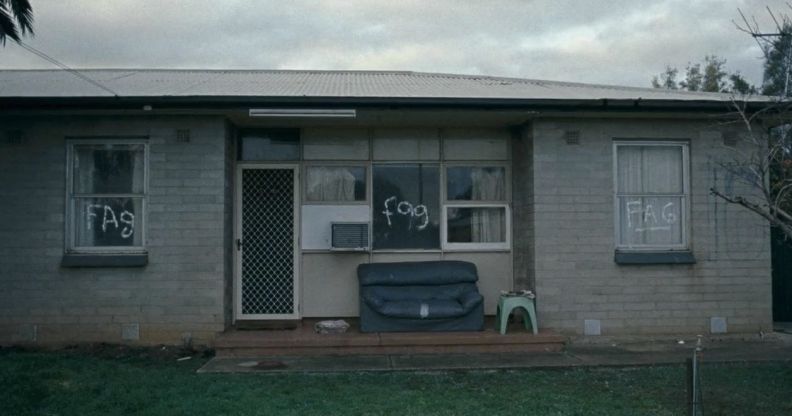 So. There are three movies you should never, under any circumstances, watch on a first date. Or a second date. Even watching them with a spouse is questionable. I made this mistake with two of the three, and needless to say, I am still single.