Much has been made of the weak Best Actress race this year. The Best Actor field is filled to the brim with potential nominees, enough to fill ten slots with worthy performances from 2014.

The Best Actress race? Not so much.

The obvious frontrunner is Julianne Moore in Still Alice. Beyond that, there are not really any leading female performances that have set the screen on fire. (Some of my own favorites are lesser-known foreign actresses with virtually no shot at grabbing the Academy’s attention.) With four more slots to fill, obviously four more women will receive nominations, and these women — who very well might be Felicity Jones, Rosamund Pike, and Amy Adams — are certainly deserving of acclaim. Still, it’s a shame that there haven’t been enough dynamic female-driven roles to make this category feel like a real race.

At this point, Moore’s strongest competitor is likely Reese Witherspoon, a previous Best Actress winner (for Walk The Line) who sounds off a gamut of emotional frequencies in her latest cinematic endeavor — she sobs, she screams, she despairs, and she also perseveres in the face of hardships offered up by the Pacific Crest Trail, facing possible starvation and dehydration and other perils of nature as well as potential threats from her fellow man. It’s the kind of role that seems destined to capture the Academy’s attention, aided by the fact it’s based on a true story. (Oscar just loves that.) In short, the film lets Witherspoon go Wild… a journey that took her subject from California to Washington on foot, and may take the woman who plays her up to the podium to collect another Oscar. 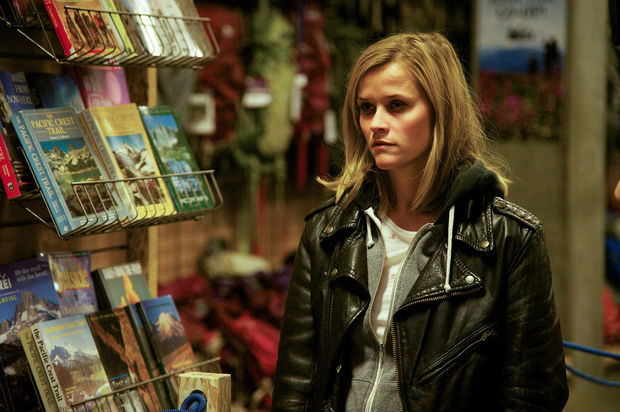 Wild is based on the memoir by Cheryl Strayed, which I read recently in anticipation of the film. It is not one of those tales of a person up against the great odds of nature, as you might expect. Strayed faced some elemental obstacles, but nothing so extreme that it’s worth making a movie about. This isn’t Into The Wild or All Is Lost or 127 Hours. Cheryl Strayed may have walked 1,100 miles in too-small boots, but the journey Wild depicts is her inner journey. She does not get lost in the woods — she is lost when the story begins, and her trek across the west coast is to find herself. That may sound maudlin, and perhaps at times it borders on that, but it’s a true and inspiring story, at once very specific and universal.

Wild begins with Cheryl on the trail and then flashes back to reveal what drove her there, as does the book. The failure of her marriage, a flirtation with heroin, and primarily, her mother’s battle with cancer. As in the book, these flashbacks are often more vivid than what we learn of her time on the trail. Strayed is a woman hiking alone across almost the entire length of California and the entire length of Oregon. Not many women do this on their own. It makes sense that the movie version somewhat skimps on Strayed’s “alone time,” and instead looks to her interactions with fellow hikers and flashbacks to provide the most compelling narrative. Those looking for an adventure film may be disappointed, but having read the book, I knew what I was in for — a story about losing and then finding oneself.

Cheryl Strayed’s Wild is a poignant read. Her prose is forthright and honest. She isn’t a terribly subtle writer, as she easily spells out her epiphanies and the themes she bumps up against, but the story is incredibly moving and, at times, invigorating. I’ll say the same for the movie, which was adapted by Nick Hornby — who is primarily known as a novelist, and I must say, a surprising choice to adapt this story. There are moments in his script where the dialogue is too on-the-nose, where something left unsaid might have been better than what was on the page. Cheryl spends a lot of time muttering to herself, which isn’t always necessary. (Though I imagine she really did this to keep herself company.) The movie uses all kinds of tricks to get around the supposed lack of chatter we’d find in a one-woman story like Wild — quotes from famous authors, inner monologue voice-over, voices from the past in voice-over, Cheryl talking to herself, and a bit of narration from the book (though not as much as expected). Most of this works, though in a story about finding peace amidst the majesty of nature, there is an awful lot of talking.

Wild is quite faithful to the book, and thus to the actual events of Strayed’s hike. A few side characters are cut, and a few stops along the way go unmentioned, but the film manages to cram in more encounters than I thought it would. (I was initially dismayed that the Three Young Bucks had been excised, since they were some of Strayed’s most memorable companions, but luckily they appear at a later point in the story.) It is especially deft in the way it handles Strayed’s flashbacks, which never feel jammed in for the sake of exposition. The film doesn’t flinch at the less savory aspects of Cheryl’s life: the many anonymous sex partners she had while still married to her doting husband Paul, an abortion, heroin injections. (An upsetting sequence involving the execution of a horse is necessarily toned down for the screen.)

Witherspoon’s take on Strayed is a bit surlier than the prose of the book, but that mostly works, and perhaps makes it clearer that Cheryl needs this hike to get away from the waste of a woman she’s become. The real centerpiece of Wild (both the movie and book) is Strayed’s mother Bobbi, lovingly and strikingly captured by the book and wonderfully recreated in the film by Laura Dern. With only a handful of relatively short scenes, Laura Dern creates a whole character we feel like we know instantly, a figure so maternal, so flawed but so optimistic, that we can easily see how her absence might rip a hole in a person. At this point, Laura Dern is one of the most fabulous actresses around, and Bobbi’s smallish but significant role is fantastically written. Dern could elevate almost any material, and Bobbi the character alone elevates this story — the credit for which ultimately probably goes to Bobbi the woman, Strayed’s actual mother. But we can also credit Strayed and Hornby as writers, and especially Laura Dern, for bringing her to life in the movie. Witherspoon gets the job done, but Dern should absolutely get an Oscar nomination for this.

The rest of Wild is a worthy venture, too. The film is surprisingly impressionistic, with striking editing that gives us glimpses of memories before we know what they mean exactly. (Unless we’ve read the book.) The subliminal cues create a sense of Strayed’s inner damage, the wounds she’s hiking to heal. Cheryl’s physical body takes on bruises and cuts as she makes her way northward, but inside she’s healing all the while.

The film is well-directed by Jean-Marc Vallée, who made last year’s Dallas Buyers Club, the visual style of which transcended the limits of the screenplay, which is akin to what’s happening here. It’s impossible to know what I’d have thought of Wild had I not had such a deep connection to Strayed’s journey thanks to my enjoyment of the memoir. I knew already what every step of Cheryl’s journey had in store, and also what thematic significance each moment would have for her. The fun, for me, was in seeing how these elements were rearranged and executed in the film version.

Wild has moments of tremendous beauty and grace. Cheryl travels through extreme arid heat in the desert, through chilling snow, through sopping-wet rain, but the emotional terrain she covers is even more fraught with peril. The movie is more about this than it is about a woman alone against the elements. Its most memorable scenes are about the ways people interact, the little hurts and the little kindnesses that accumulate in our memories along the way.

It’s strange, the moments we remember most. Things that don’t seem important in the moment might be what lingers most heavily in our minds in years to come. Wild comes off like that — you’re more likely to recall the stray fragments of the film that stick with you than the story as a whole, the little moments Wild gets just right. There are enough of them that make it worth the journey. 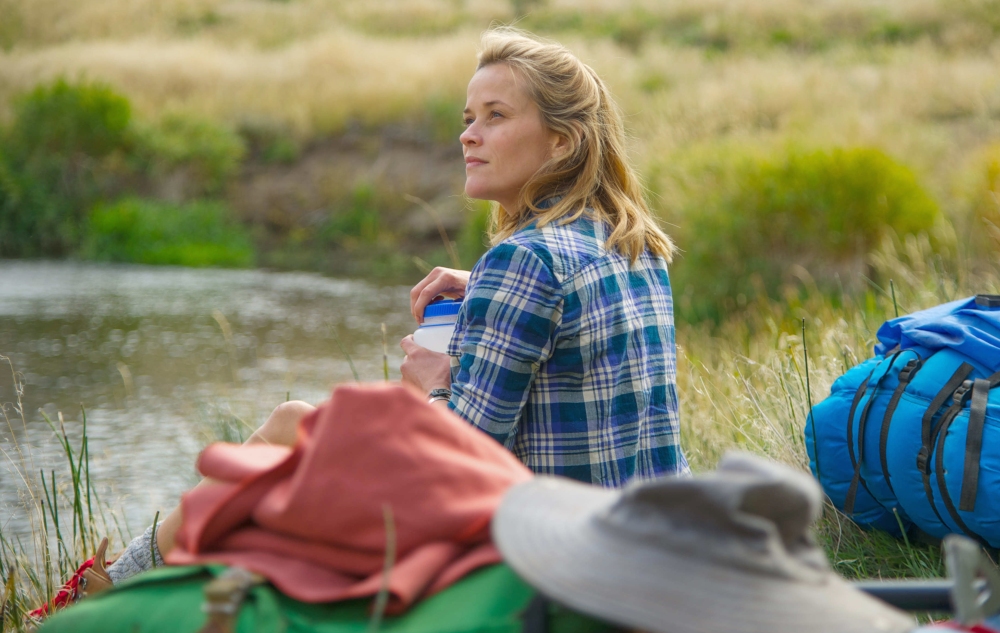