Now that Mad Men is over, we’re seeing its star players pop up as supporting players all over the place — mostly (surprise, surprise) in the workplace. Elisabeth Moss was part of the team of duped journalists in Truth, John Slattery helped highlight the Catholic church’s crimes in Spotlight, and Jessica Pare showed Saorise Ronan some tough love as a department store manager in Brooklyn. These all feel, more or less, like extensions of these characters’ Mad Men personas — while Spike Lee, on the other hand, shows us a side of mild-mannered secretary Dawn Chambers we never expected to see.

Yep, that’s Teyonah Parris as Chi-Raq‘s Lysistrata, who practically oozes confidence and sex appeal throughout the film. She’s so sexually persuasive, in fact, that she convinces her Chicago sisters to join her in withholding sex from men until peace between warring gangs can be negotiated — triggering a movement that spans the globe.

If you’re thinking that sounds like an outlandish plot for a movie that takes place in the 21st century, you’re right, and Spike Lee is right there with you. Chi-Raq veers wildly between comedy and tragedy. It wants to be taken seriously, but never asks to be taken literally. It’s an adaptation of the Greek comedy Lysistrata, originally performed in 411 BC. Much of the dialogue is spoken in rhymed couplets, though I’m guessing that the words and phrases such as “fleek,” “crib,” and “no peace, no pussy” were not a part of the original mix. Chi-Raq is a hell of a movie, one that few filmmakers besides Spike Lee would attempt to make, and one that few besides Lee could make at all coherently.

Chi-Raq is nothing if not uneven, with scenes of absurd comedy smooshed up against heartbreak and senseless bloodshed. None of this would work at all, except that the message Lee is attempting to get across is so urgent, and earnest, and sorely needed. (And, whether you like the film or not, you will receive the message. In its rapped overture featuring a graphic of the United States made up of firearms, followed by some chilling statistics on recent gun deaths, Chi-Raq makes sure of that.) It would seem fortuitously timed that this movie was released the week of the San Bernardino shootings, which once again stirred conversation over gun rights, except these days it feels like there’s always a shooting in the headlines. And that’s the point of the movie. Spike Lee is fed up with such headlines, as many of us are — but unlike us, Spike Lee has made a movie about it. 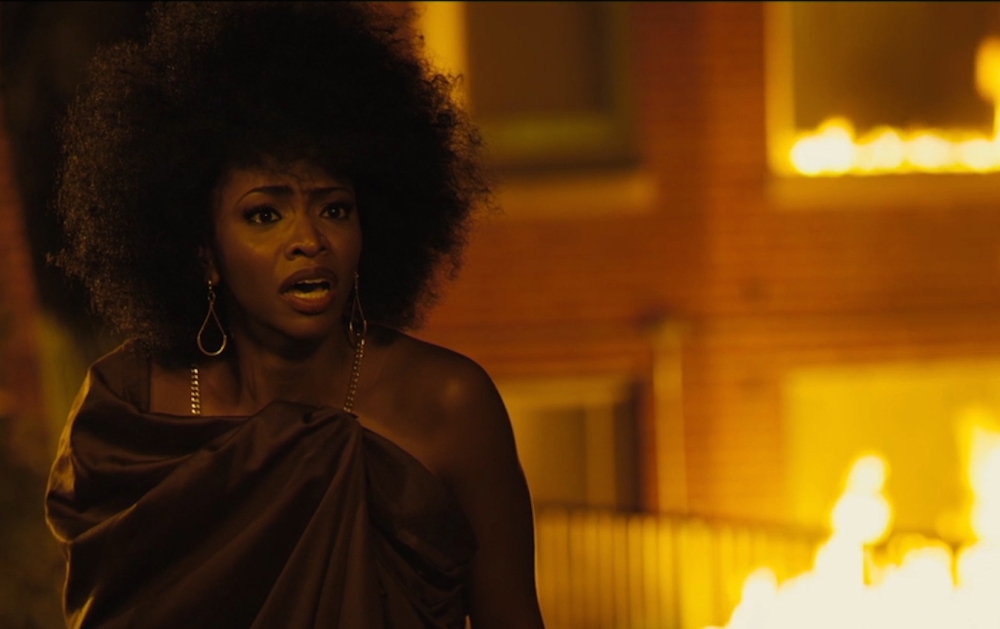 Lee has never been accused of being too subtle, and Chi-Raq is maybe the least subtle movie imaginable. In another era, that might be to the film’s detriment. But when you look at the horrific number of shootings taking place on a daily basis, it seems perfectly fair for Lee to take subtlety off the menu. “This Is An Emergency,” a bold red title card informs us at the beginning of the film. And he’s right. The film name checks people and places who have been associated with gun deaths in recent headlines — Trayvon Martin, Sandy Hook, Sandra Bland, Ferguson, Charleston. Of course, there isn’t enough running time to name everywhere and everyone. The Black Lives Matter movement is a part of it, but Lee doesn’t simplify this issue by casting any one group as the heroes or villains. (Except maybe some corrupt politicians and a certain association that really enjoys their rifles.)

“Chi-Raq” is the nickname that likens Chicago to Iraq, given that more Americans have been killed in the Windy City in recent years than in our involvements in the Middle East. It’s a problem that extends beyond the rash of mass shootings that entered public consciousness in 1999 with Columbine and hasn’t dissipated since. Black Americans in urban areas have been dealing with fear and anguish over gun violence a lot longer than the rest of us have, and to a much greater magnitude. That’s the issue Chi-Raq aims to explore, though Lee’s film doesn’t segregate the problem according to class or race. Gun violence is everybody’s problem these days. And yes, he’s angry that it took headlines such as those in San Bernardino for most Americans to wake up and smell the bloodshed, when people in poorer neighborhoods of Chicago — and Philadelphia, and Los Angeles, and so on — have suffered in media silence for years. It’s a fair complaint. Chi-Raq might have been a perfectly potent film a few years back, but it wouldn’t have resonated with most of us. Now, though, it’s hard not to feel solidarity with the characters from Chi-Raq who live in constant terror, for whom a child struck down by a bullet is a common occurrence, who are desperate to put a stop to the steady stream of bad news. Chi-Raq couldn’t be more timely. As much as it is about a very particular place, and a very particular community, it’s impossible not to view it through the blood-spattered lens of recent headlines. We’re all getting closer and closer to know what it’s like to live in a gangland. 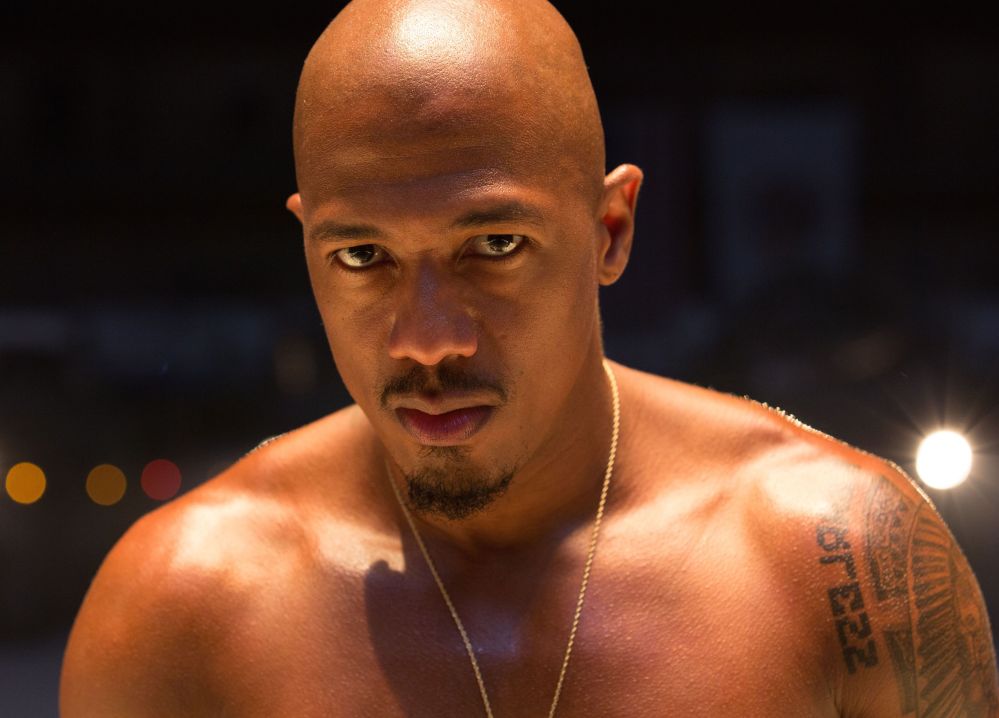 Chi-Raq is a call to arms — well, technically, a call away from arms — that wears its heart on its sleeve and borrows even more heart to wear on the other sleeve. The plot involves two warring Chicago gangs, the Trojans and the Spartans — again, not subtle — whose feud claims the life of a little girl named Patti. Patti’s grieving mother is played by Jennifer Hudson, whose performance is plenty moving in its own right, but is even more moving when you recall that Hudson hails from Chicago and lost three family members to gun violence. The Spike Lee joint also stars Angela Bassett as another mother who lost a daughter to crossfire, Nick Cannon as a cocky rapper who doesn’t want to give up his piece, and John Cusack as a priest striving to make changes in the neighborhood.

But Chi-Raq also features Wesley Snipes in a sequined orange eye patch, and Samuel L. Jackson in assorted colorful suits, spouting ancient Greek-like rhymes about baby-making. There’s a blindfolded military general wearing Confederate flag underpants riding a canon called “Whistling Dick.” There’s a lot of raunchiness, and the film’s climax involves a public sex showdown in a large brass bed. Chi-Raq also boasts a few musical numbers, and much of the dialogue is spoken in rhymed couplets. The opening of the film is a lyric video. Some parts hew closely to the Greek play that is nearly 2,500 years old, while other pieces feature booty call sexting. Does this all fit together seamlessly? Not really. Portions of the film are a little too cartoonish and over-the-top, watering down the necessary tension. The script isn’t quite sure where to take itself in the third act, and portions of its plot would have been better set in more realistic settings than in the giant military space that houses most of the film’s latter half, where all characters save one are wearing white.

But Lee’s passion for the subject matter practically bleeds through the movie. Chi-Raq is an important film more than it is an exceptional one, filled with dialogue that addresses the many-headed beast that is gun control in America head on. Lee isn’t too polite to blame politicians, the media, and the NRA for their parts in perpetuating the bloodbath, while still holding gang members responsible for their crimes. Pretty much everyone gets name-checked for their role in this epidemic, but Lee is never unfair, and never too quick to point the finger elsewhere without first looking within. That’s not easy to do, especially in a film that is also slickly entertaining and sometimes laugh-out-loud hilarious. Chi-Raq is a strange movie, and I imagine many in the audience will find its erratic tone and the poetic delivery of the dialogue insurmountable. (It reminded me of Richard Kelly’s Southland Tales, which similarly blended political satire, somber themes, and absurd comedy into a unique cinematic concoction that did not sit well with many.)

While there are a few scenes that thud more than they bang, when Chi-Raq works, it’s really cooking. Gun violence — whether it’s happening in South Chicago or San Bernardino, whether the triggers are pulled by black people, white people, or ISIS extremists — is something that needs to be addressed by films as fearless as Chi-Raq, by filmmakers like Spike Lee who speak their minds. 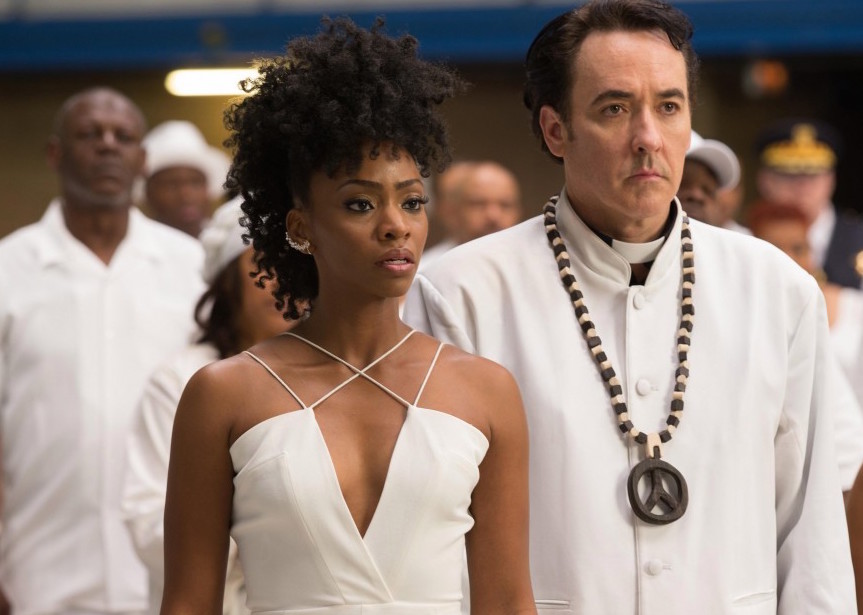