“Eat us
Hey, it’s Thanksgiving day
Eat us
We make a nice buffet
We lost the race with Farmer Ed
Eat us ’cause we’re good and dead.

White man or red man
From East, North, or South
Chop off our legs
And put ‘em in your mouth!

Eat me!
Sauteed or barbecued
Eat me!
We once were pets, but now we’re food
We won’t stay fresh for very long
So eat us before we finish this song!”

To mirth! To merriment! To manslaughter! Thanksgiving isn’t known for inspiring many movies, but the mysterious and spooky Addams clan should make you feel pretty secure about your own family’s freakishness this holiday season. In this episode, we spend some quality time with Morticia, Fester, Wednesday, Thing, Cousin Itt and the rest of the gang in their big screen debut, 1991’s The Addams Family, and its sharper sequel, Addams Family Values (1993) — which features a fiery ode to the first Thanksgiving feast.

First, we delve into the characters’ origins in a macabre New Yorker comic, then debate whether it was The Addams Family or The Munsters we watched on Nick At Nite growing up. Then, we dive into the creepy plot twists, the kooky soundtracks (Tag Team and MC Hammer??), and the altogether ooky performances of Anjelica Huston, Christina Ricci, podcast MVP Joan Cusack, and more. So serve yourself a heaping helping of When We Were Young! (Yes, this podcast is made from real Girl Scouts.)

Listen to the latest episode here. 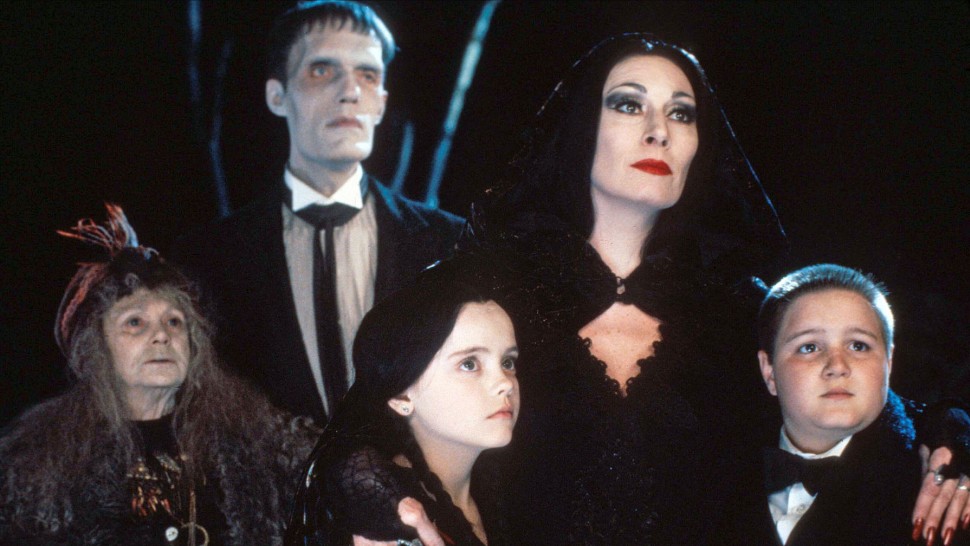 “The Addams Family is more laughs than a casketful of whoopee cushions at a morticians’ convention.” – Rita Kempley

The first Addams film has some great macabre dialogue, but the story is a mess. A goon who is pretending to be Uncle Fester just so happens to actually be Uncle Fester, by sheer coincidence. The movie’s villains are weird — a demanding mother who is also a con artist and a lawyer. Movies like this don’t need L.A. Confidential-style twists and turns, but if you’re do a basic “they just want the money” plot, at least keep it simple. How and why Abigail Craven decided to pick up a teenage goon with amnesia from the Bahamas is never explained. And then she inadvertently takes him back to his real family, who he has forgotten, in a scandal to pretend to be the person he really is? If she knows Fester went missing in the Bahamas at the exact same time she found “Gordon,” and they look exactly alike, does this not tip her off? This kind of story would make more sense if Abigail knew exactly who he was, and was using him to get the money for herself. I know the script’s original ambiguous ending was changed, but it was changed in a lazy way that defies logic.

The Addams Family contains cartoon-style violence but a fairly sophisticated sense of humor. There are great scenes with Morticia and Wednesday interacting with the outside world, providing us the kind of contrast we need to see what oddballs they are. Morticia’s job interview and Wednesday bartering with a Camp Fire Girl are great moments that feel like they should be much earlier in the film. Instead, the film coops us up with the Addams family at home, and the only other major characters are just as weird as they are. I don’t find that the zany cartoon humor really vibes with the film’s morbid, playful dialogue. Maybe if we knew more about the Addams’ threshold for violence — are they immortal? Do they regenerate new body parts if they get hurt? If not, why aren’t they ever injured? Sure, this is the Roadrunner and Wile E. Coyote depiction of violence, but Wile E. Coyote doesn’t also engage in clever wordplay aimed at adults or go on job interviews. The silly slapstick undermined any hope of me buying this story.

I appreciate clever dialogue and most of these performances, but I appreciate them much less in service of a lazy, senseless story. 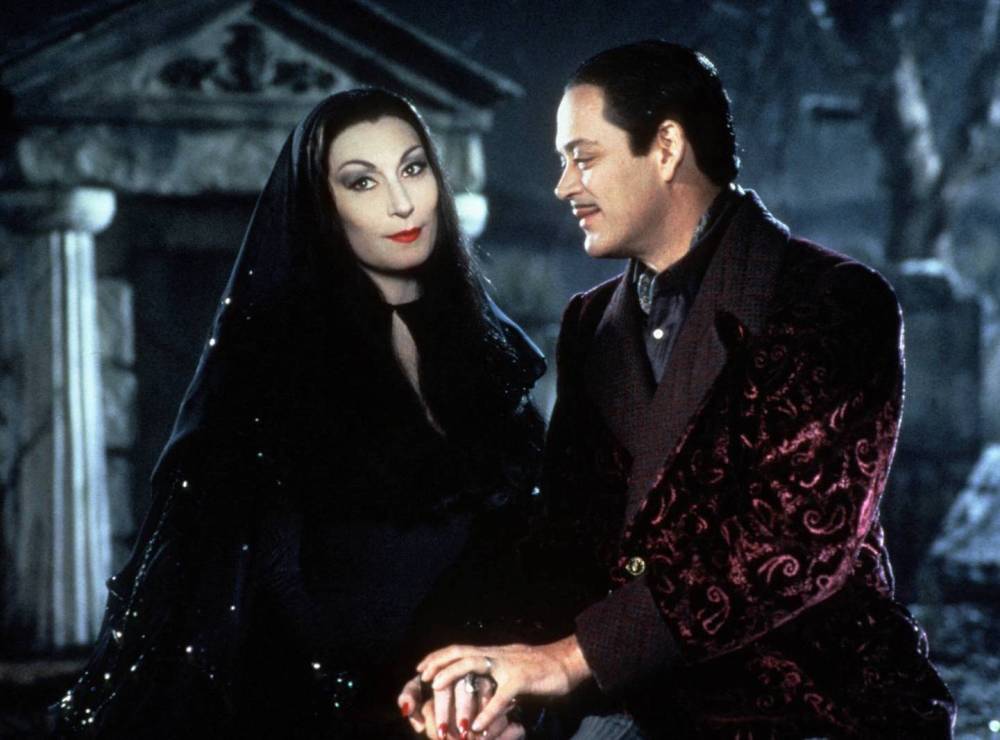 Addams Family Values has some of the same problems, but they’re dramatically lessened. Wednesday and Puggsley are sent off to a summer camp for cheerful upper crust kids, forced to sing and watch Disney movies. This is exactly the kind of contrast between the “real world” and the Addams clan that works so well in the last 15 minutes or so of The Addams Family. Here, it’s an entire B plot. (You could fault the movie’s episodic screenplay for having two entirely separate storylines that in no way affect each other… but why bother?) It’s also a clear highlight of the film. Wednesday Addams has blossomed into the perfect age for her surly, dour affect — she’s just one step ahead of most Hot Topic-wearing goth kids. The chipper camp counselors and the snobby rich blonde are perfect foils for her pissy mood, and the way she trolls them is excellent. As a child, I was disturbed by the thought that Wednesday might have murdered her fellow campers in cold blood, but one throwaway shot (of a baby flying up to an airplane…) confirms that Amanda is still alive.  (Amanda is played by Buffy The Vampire Slayer’s Mercedes McNab, by the way. Her Buffy character, Harmony, is basically just the grown up version of Amanda Buchman, who is also the grown-up version of the obnoxious Girl Scout in the first movie… also played by McNab. I guess it’s no surprise that a girl named Mercedes gets typecast as a rich bitch.)

Addams Family Values has one other great trick up its sleeve, and that’s Joan Cusack as Debbie, the gold-digging “black widow” who sets her sights on Uncle Fester. Cusack’s pitch perfect performance pretty much steals the movie from the wacky Addams family, and that’s perfectly fine. She is exactly the kind of villain an Addams Family movie needs, someone larger than life and even more deranged than the Addams family. (Did you hear that, first movie?) Like its predecessor, Addams Family Values succeeds more on a moment-by-moment basis than as a full story. Most of what happens is totally inconsequential. But this time around, these moments are good enough to make it worth a watch.

I can’t say that everything about this franchise holds up, or that I’d ever want more of it. (No thank you, Tim Curry and Daryl Hannah!) The extremely dated closing credits “jams” are particularly excruciating. (Why anyone thought Jock Jams raps were the best accompaniment for these films is beyond me.) I wouldn’t bother with more than a few clips from the first film, but Addams Family Values is worth a watch around the Thanksgiving holiday.