Thus, there’s a theme emerging in the most notable movies of 2019: revenge.

Todd Phillips’ Joker sees the iconic villain lashing out at obnoxious Wall Street bros, arrogant billionaires, and smug celebrities. Lorene Scafaria’s Hustlers recounts the true adventures of a gang of strippers who drugged and robbed their rich, wasteful clientele. Quentin Tarantino’s Once Upon A Time In Hollywood spins a fictional account of 1969’s Manson family murders, with disenfranchised hippies seeking to teach entitled celebrities a blood-soaked lesson. In The Last Black Man In San Francisco, Jimmie Fails can’t stop pestering the well-off buyers of his old family home, lost to gentrification. The Beach Bum ends with Matthew McConaughey’s Parrothead setting a literal boatload of money on fire. The misdeeds of the rich are also present in current releases Loro and The Laundromat.

This theme is most pronounced in Bong Joon-ho’s Parasite, winner of the Palm d’Or at this year’s Cannes Film Festival and one of awards season’s buzziest, most acclaimed releases. Bong is already well known for his dynamic explorations of societal and global issues in films like Snowpiercer, The Host, and Okja, so it’s no great surprise to see him tackling the class divide in Parasite, in which a young man from a poor family accepts a job tutoring a rich teenager.

Kim Ki-woo (Choi Woo-shik) lives in a stinky, unsanitary “sub-basement” with his mother Chung-sook (Jang Hye-jin), father Ki-taek (Song Kang-ho), and sister Ki-jung (Park So-dam). When the film begins, they’re all unemployed, scrounging for any work they can find, living for the moments when the neighbor’s wifi signal penetrates their walls long enough to check email. Ki-woo pretends he’s a college student to get the tutoring gig from gullible Mrs. Park (Cho Yeo-jeong). Soon, he’s inventing new ways to exploit the Parks and their willingness to buy pretty much anything (literally and figuratively), bringing the rest of his family in on the action. Eventually, their plans derail in spectacular fashion — and that’s just the jumping off point for a tale full of twists, turns, and surprises. 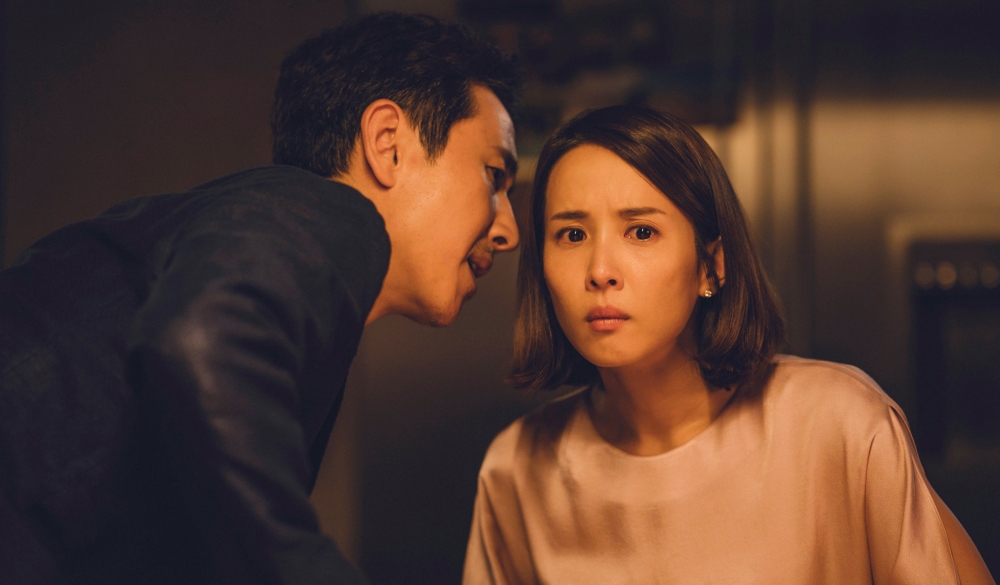 As usual, Bong’s film is not easily categorized into a particular genre. The first half plays like a heist film. Many scenes are laugh-out-loud hilarious, while poignant drama and violent mayhem also creep in. What’s consistent throughout is sharp social commentary. Both the Park and Kim families are relatable, endearing and off-putting in equal measure. The down-on-their-luck Kims are opportunistic, harboring zero guilt about their increasingly elaborate misdeeds. The Parks are blithely closed off from real world concerns, isolating themselves in their giant, luxurious home in order to preserve their privilege. In Parasite, the affluent and the destitute are equally selfish… but not equally cunning or creative. That’s a skill culled by the poor. Eventually, the film reveals multiple layers of neediness and dependency occurring in and around the Park homestead.

Shockingly, South Korea has never been nominated for a Best Foreign Language Film Oscar, despite a thriving output. Korean filmmakers like Chang Lee-dong and Park Chan-wook are major names in international cinema, but somehow beloved films like Burning and The Handmaiden failed to capture the Academy’s attention. Parasite is poised to change that, and could easily break into major categories like Best Director and Best Picture, too. It’s fast-paced and funny, with serious bite. It explores similar ideas about class in South Korea to last year’s Burning, one of 2018’s best films — but Parasite is much less subtle. It may have benefitted from more dynamic interplay between the characters — these relationships are painted in very broad strokes. As a result, the emotional payoff isn’t quite as strong as Bong seems to think it is. And, with a first half that’s so intricately plotted, the second half feels messy and slightly random in comparison. Still, Parasite is great fun to watch from start to finish, a bona fide crowd pleaser. It’s a welcome addition to awards season. 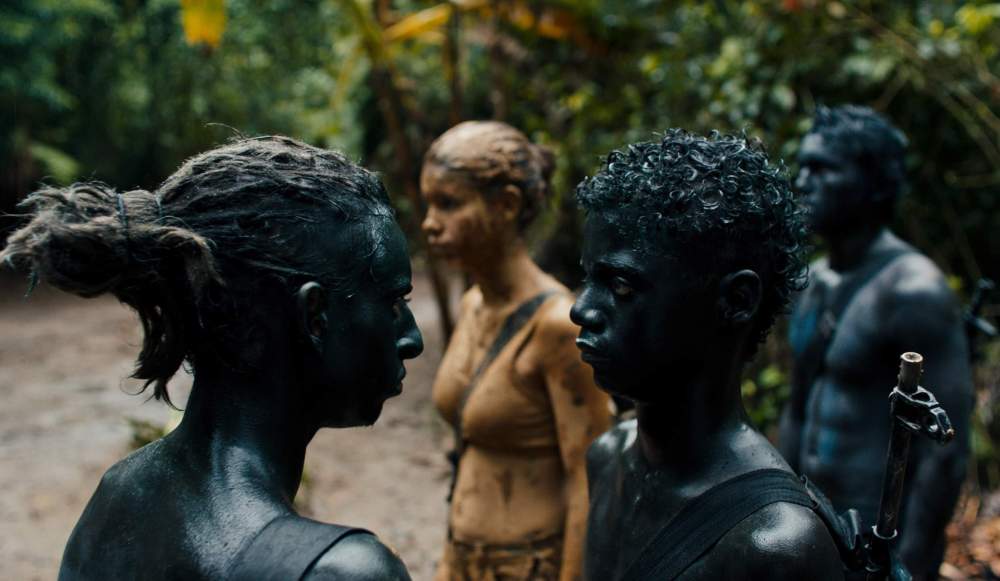 Monos is another foreign film in the awards season conversation. Directed by Alejandro Landes, it unfolds somewhere in the mountains in Latin America. There’s a war raging — between who? We don’t know, exactly. Monos is intentionally vague about nearly all story details. We’re plunged into the story and left to make of it what we will.

We follow a troop of adolescent soldiers who answer to a Messenger, and some other authorities via radio, but are mostly left to their own devices. They are chiefly concerned with a valuable hostage known only as “Doctora,” likely an American. We have no idea who Doctora is, or why she’s worth all this fuss. She seems like a nice person, so we think we’re rooting for her survival… but who’s to say?

Monos is like a pubescent Apocalypse Now, savage and enthralling. It takes us deep into the jungle, crawling with insects, and contains moments of sudden, brutal violence. The teen commandos (known as “Monos”) are known by names like Lady, Rambo, Swede, Smurf, and Wolf. Occasionally, they must make hard choices about life and death — but in between, some scenes play out like they would in any standard coming of age tale.

Though we don’t learn much, there is a class war at the center of Monos, too. Doctora is white and educated, hailing from a world of privilege the Monos have never known. The Monos are powerless, with no ties to their families or previous identities. They are meant to die for a cause we aren’t privy too — maybe they don’t know, either. As Doctora, Julianne Nicholson gives a wrenching and very physical performance; it’s a very different turn than we usually see from an actress often typecast as “the nice girl.”

Unlike Parasite, Monos is still flying under the radar, likely to be overshadowed by more prominent foreign language films once Oscar nominations are announced. But it’s a breathtaking, harrowing experience, sharing some spiritual DNA with Alfonso Cuaron’s Children Of Men, and deserves a place amongst the year’s best international films. 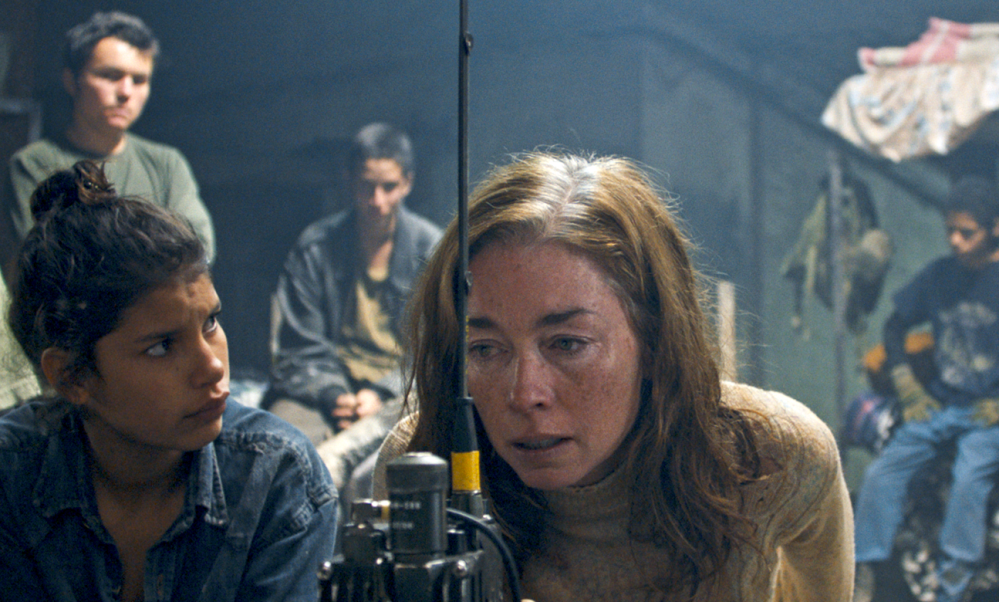