I have nothing against The X-Files.

Trust me. I wanted to believe.

I enjoyed the series when I first caught up with it in reruns on FX in the mid-90s. I kept up with it as new episodes aired on Fox for a season or two. I was a reasonably big fan of the 1998 movie. The show is super iconic, and incredibly influential. I went into my research for this episode with an open mind, and an expectation that at least some of what we watched would be transcendent television.

But the truth is… I didn’t find that to be the case.

The X-Files was a lot more hokey than I remembered it. In early seasons, the writers seem to be trying extra hard to get in their “SAT words.” The show’s production values are well below what we expect from a TV series these days, which is hard to hold against the show itself — it’s certainly true of Buffy The Vampire Slayer, and pretty much everything else from this time. But that becomes a bigger problem when the show is almost entirely about atmosphere, without much else going for it. 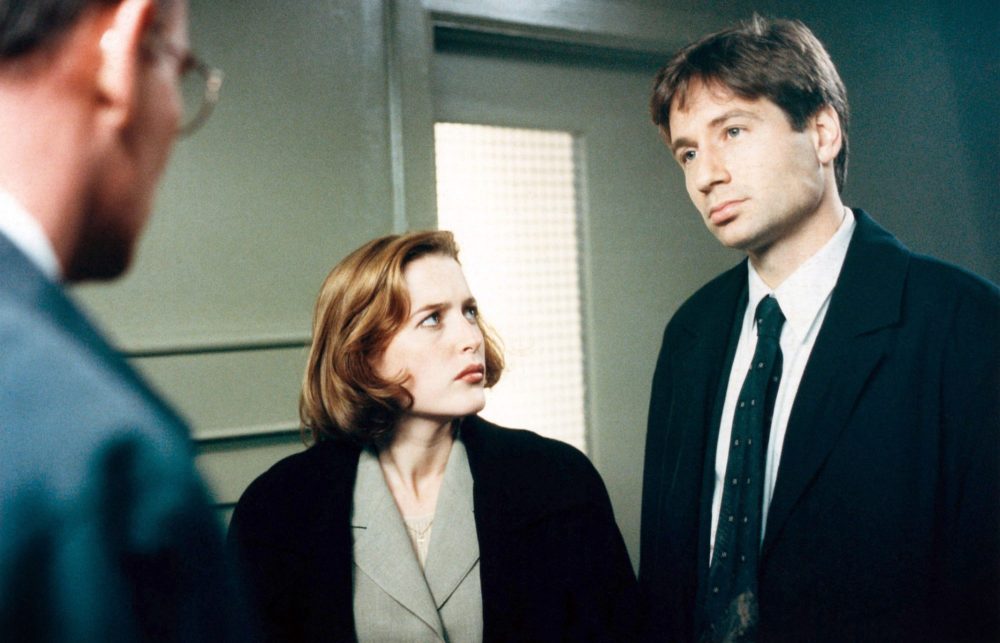 Listen to the podcast here or on iTunes.

The dialogue is wryly amusing here and there, but mostly, it’s in service of the plot. There are very few scenes devoted to setting up Mulder or Scully’s domestic life, and even fewer that hint at a social life. Of course, I realize that these characters are meant to be married to Bureau, and that they’re probably not spending their weekends quipping in a coffee shop with pals like the Friends gang. But they have to do something in their time off. After a handful of episodes, I was itching to see Scully run out to pick up some eggs from a convenience store, Mulder enjoying a macchiato and biscotti while puzzling over the crossword in the Sunday Times. Anything!

If these characters truly are so devoted to their work that they have nothing else in their lives, then let’s see that — the hot date they turn down, the family barbecue they’ve missed. This doesn’t need to be hammered home in every episode, but after spending enough hours with these characters, I couldn’t shake the feeling that they were merely functional for this plot, but didn’t resemble real people much. I know certain story arcs delve more into Scully’s faith and motherhood, and Mulder’s sister’s abduction, but from what I gathered, these too were heavy on exposition and plot, and light on character. For as many hours upon hours of television viewing that it takes to unravel the alien conspiracy, I found that the more I learned, the less interested I was. 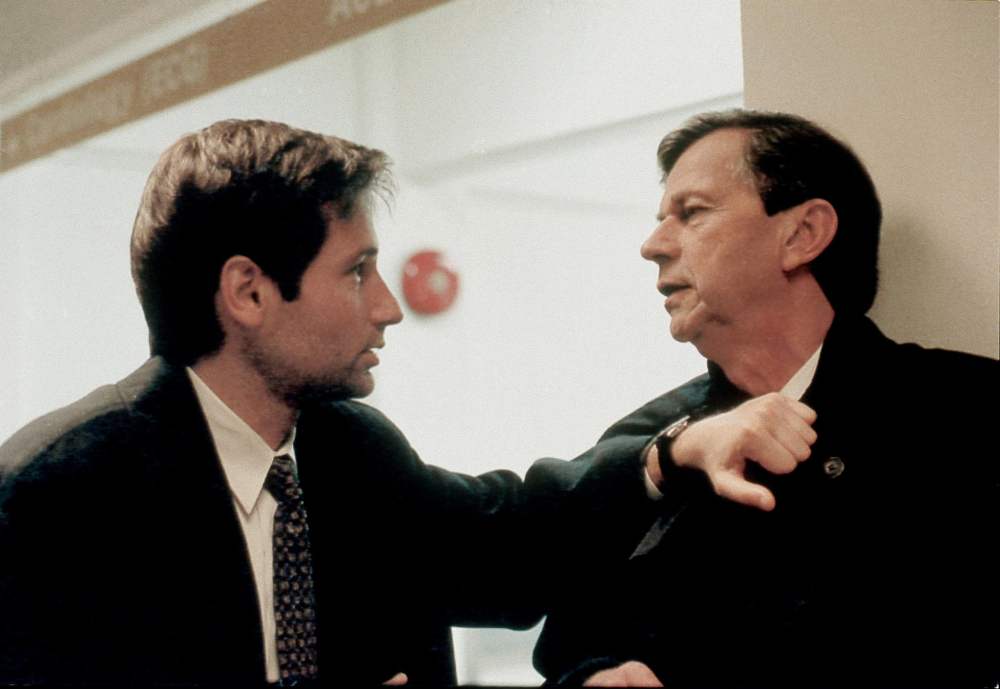 A lot of this is because there’s a fundamental disconnect between the show’s writing and production. The writers are always holding back — Mulder and Scully often seem uncertain of what they’ve seen in their dialogue. The trouble is, the production always went big with the spooky, scary creature effects — so we see aliens very early on, and all kinds of other creepy-crawly bump-in-the-night stuff. We see it in every episode. To hear Mulder or Scully express any doubt after years of this stuff just makes them seem stupid. We’re way ahead of them the whole time. So why tease? The show could’ve worked just as well if Mulder and Scully knew what they knew solidly, and yet frequently had trouble convincing others to buy it. As is, it’s just another way we become, um, alienated from their characters.

I somewhat enjoyed the echoes of 70s paranoia thrillers and Silence Of The Lambs, though the similarities were more superficial than I might have liked. As groundbreaking as The X-Files was at helping television become more serialized, the series now feels frustratingly episodic. The conspiracy may unfold over years, but the show doesn’t really build from episode to episode in terms of character or theme. The conspiracy episodes don’t have enough flavor on their own to merit watching one or two — you either watch the entire series, or you’re better off not watching them at all.