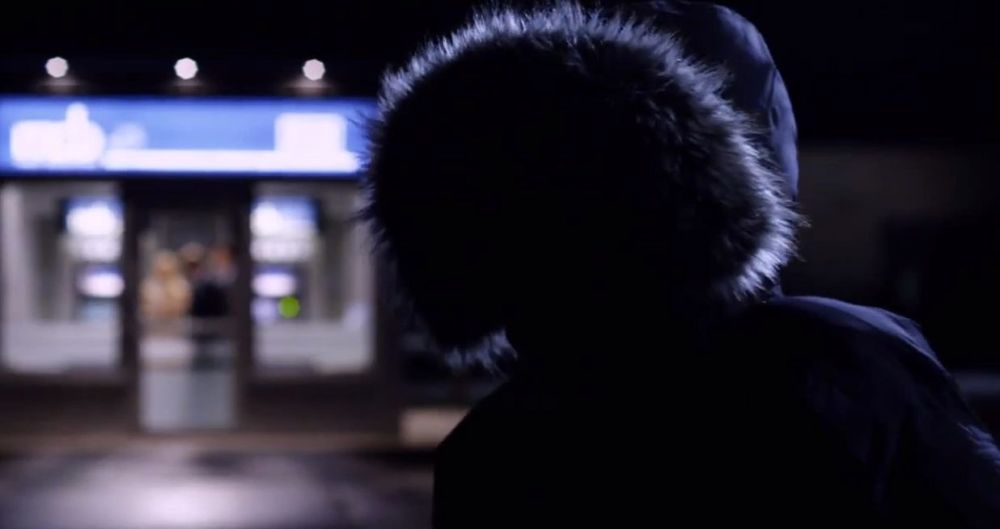 We’ve got some truly enticing titles with tantalizing trailers coming out this year — The Dark Knight Rises, The Hunger Games, and Prometheus, to name a few.

But let’s be honest.

Most movies are not nearly as appetizing, and their trailers generally reflect that.

Here is the trailer for ATM. You can tell the studios are desperate to think up another enclosed space for a thriller to take place in, since phone booth, coffin, and elevator have been done too recently.

Remember when these movies were all about methods of transportation, featuring planes, buses, cruise ships, and trains? Well, Hollywood stopped short of making a thriller set on one of those two-person bicycles and decided to start setting them in non-moving confined spaces. This is clever when done once or twice, but then the novelty wears off when the screenwriters must make up for it by putting the victims in increasingly implausible situations.

So we’ve got three twenty-somethings, trapped in an ATM. Well, not an ATM — that would be silly. They’re trapped in an ATM booth thingie. Well, not trapped. But there’s a homicidal Eskimo waiting for them outside, and clearly he either belongs to another bank or has left his debit card at home, because he can’t get in and they don’t want to leave.

Um, alright. I guess that might be scary. Except I already don’t buy that all three of these people left their cell phones in the car, because while one of your friends gets money, what are you most likely to be doing while you wait? Playing Words With Friends, I bet. No one ever leaves their cell phone in the car for any reason anymore. Not in my generation.

Apparently, the Eskimo who has forgotten his debit card will kill anyone who even approaches the ATM, and devises a genius plan to get the kids out of there — he will flood the ATM machine. Yes, because this is definitely the easiest way to kill a bunch of people. Drowning them in an ATM.

Look, I’m sure the Eskimo has a Very Specific Reason for wanting to kill these kids. And I bet it has something to do with the economy. (They’re dressed nicely, are they investment bankers? Timely!) I bet one of them might even be in on it, and my money is on Josh Peck, because he looks guilty when he suggests, hey, guys, let’s stop at an ATM.

ATM was written by Chris Sparling, a man I feel sorry for because he also wrote Buried. Buried was a pretty nifty thriller starring Ryan Reynolds and once it got made I bet Chris Sparling pitched all kinds of other movies featuring a variety of characters set all over the police. And the studio execs clearly said, “No… we liked what you did with that coffin movie. We like confined spaces. Do you have anything set in a shoebox?” And Chris Sparling briefly imagined all the money he might make from writing the same movie over and over, and depositing that big old check from the movie studio, and thus ATM was born.

Now, watching this trailer, what was your reaction at the :53 second mark, when the trailer informs you that this is a film by Wes Anderson?

Wes Anderson is not for everyone. Certainly he is a filmmaker of some talent, capable of making great movies. I loved The Royal Tenenbaums, and Fantastic Mr. Fox was a wonderful surprise that perfectly suited his sensibilities.

But at a certain point, I just gave up on him. I stopped seeing his movies. Or rather, I stopped seeing the one movie that he insists on remaking over and over, with the exact same tone and sense of humor and usually the same actors, too.

Moonrise Kingdom (that’s such a Wes Anderson title, it’s as if it was generated by a meme expressly made for coming up with Wes Anderson movie titles… quick, what’s another? Porcupine Jumpsuit is what popped into mind) boasts quite a cast. Bill Murray, Bruce Willis, Frances McDormand, Tilda Swinton, and Edward Norton. If I hadn’t already seen other Wes Anderson movies, I would probably think this looked fresh, fun, and exciting.

Instead, it looks a little painful.

At this point, what do I want from Wes Anderson? A greater departure even than Fantastic Mr. Fox? Maybe.

I mean, imagine how wonderful it would have been if he had directed ATM instead?