If you’re a serious cineaste, it’s trendy to harken back to the greats — the silent era, in particular — as innovative, vital, and untouchable in their greatness. Nostalgia for such films is what helped The Artist win Best Picture this year, and it’s likely the first silent film many people have ever seen (and may remain the only one they ever do).

For reminding us of cinema’s rich dialogue-free history always the norm, The Artist is a worthwhile picture. But moreso than many old movies, the silent comedies still hold up remarkably well. Case in point — Sherlock Jr., one of the most purely entertaining films I’ve seen in ages. No lie. I’m making no allowances for the fact that it was made close to a century ago, because Sherlock Jr. is laugh-out-loud funny by today’s standards.

The story is, of course, reasonably simple — Keaton stars as a lowly movie theater employee who aspires to be a detective like the great Sherlock Holmes. He can’t afford an expensive chocolates to woo the girl he’s courting, but the “local Sheik” can and does. To compete with Buster, the Sheik places a stolen watch in Buster’s jacket, framing him for the crime. He is cast out of the girl’s house.

Back at work, he falls asleep in the projection booth and dreams that he literally steps into the movie screen, where instead of a clueless grunt, he’s a suave, sophisticated detective named Sherlock Jr., who solves the crime. In real life, though, it’s the girl who puts the pieces together and figures out who really stole the watch. 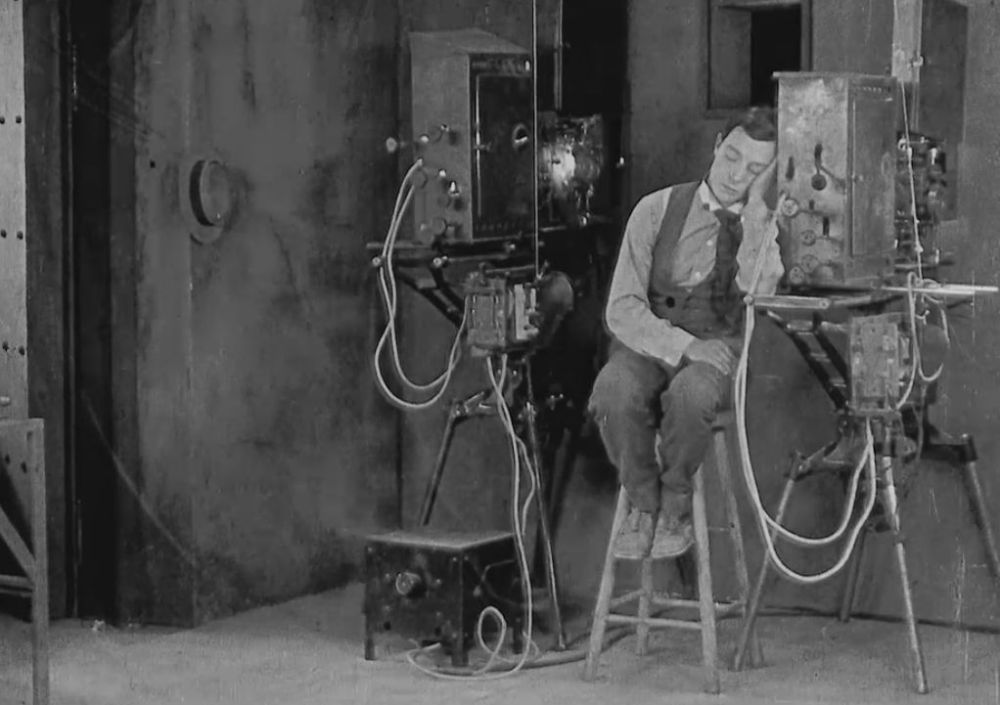 Both the “real” and “fantasy” sections have some terrific gags and amazing stunt work —
seriously. I don’t often wonder “how they did that” anymore, but I literally have no clue how some of the effects of Sherlock Jr. were achieved in 1924.

For restless film watchers, the best news of all is that the film is only 44 minutes long, and breezes by feeling more like 20. I can’t recommend it any more highly — it’s one of the most fun movie-watching experiences I’ve had in ages.

One thought on “Back To School: Buster Keaton // ‘Sherlock Jr.’”